With its sober appearance, the San Antonio de la Florida Chapel is a contrast to the grandiose pictorial ensemble that Goya painted at the end of the 18th Century. In creating this masterpiece of Spanish art, the artist from AragÃ³n knew that he was decorating one of the most popular temples of Madrid, famous for its celebration each June 13th.

The original chapel, devoted to San Antonio de Padua, was built in front of the Abanico fountain under the orders of Carlos IV. It was created by Francisco de Fontana (1792 - 1798), and it has a Greek cross ground plan, short arms, and a semicircular apse from the top of which originates a central space dominated by a big dome and illuminated by a lantern. The chapel is confined to areas attached to the exterior, forming a rectangle. Standing out from this are the supports, which showcase the main faÃ§ade, built according to the Baroque canon.

As a result of the special concern that has always existed to ensure its conservation, in 1905 it was declared National Monument, and in 1928 an identical temple was built next to it in order to move the services there, and thus preserve the original as a museum dedicated to Goya. In spite of being one of the best neoclassic examples in Madrid, it is the frescos by Goya that makes San Antonio chapel a place to visit in Madrid, as well as being the place where the artist has been laid to rest since 1919. Goya decorated the dome with frescos representing the Saint’s trance before the people of Lisbon. The altarpieces were later painted by Jacinto GÃ³mez Pastor. 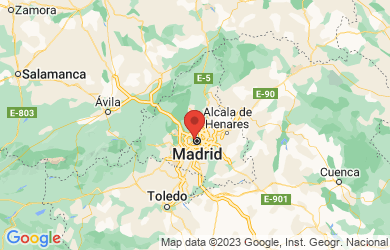 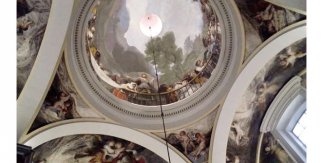 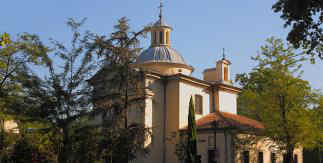 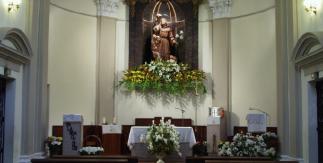 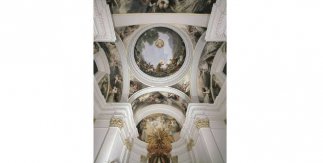