Plaza de la Villa is one of Madrid’s best-preserved historical monuments. It is located in the historical zone, next to the Puerta del Sol Gate, and up until not long ago, you could find there the site of the capital City Council.

It was one of the main medieval centers of Madrid, since three streets start there, corresponding to the original city design: Codo, CordÃ³n and Madrid. In its outskirts are the main faÃ§ades of three buildings with high historical-artistic value, built in different centuries. The oldest one is The Lujanes’ House and Tower (15th century), built with a Gothic-Mudejar style, located on the eastern side of the Plaza. This is now the office of the Academy of Moral and Political Sciences. Following in chronological order, one can see the Cisneros’ House (16th century), a Plateresque palace completing the southern part of the enclosure, and the Casa de la Villa (17th century), with a Baroque style, one of the sites of the Madrid City Council, situated on the western side of the Plaza.

In the 15th century, the Plaza adopted its current name, at the same time receiving the title of Noble and Loyal Villa from by Madrid, from the King Henry IV of Castile himself (1425-1474). On the three hundredth anniversary of Admiral Don Ãlvaro de BazÃ¡n’s (1526-1588) death, in 1888, the City Council decided to build a monument in his memory. However, it was not inaugurated until December, 19th, 1891. Since then, it has been located in the center of the Plaza, and nowadays it is surrounded by a large ornamental flower garden. 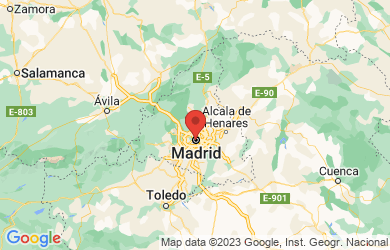 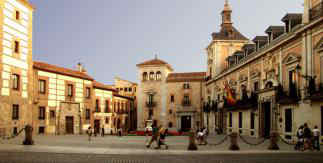 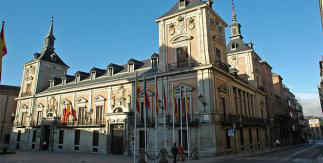 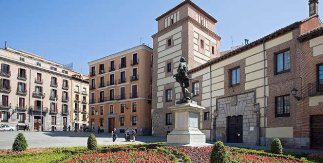