The purpose of the Museum was to recover an urban space for common use, making it a transition, landing, and recreation area, and to bring Spanish abstract art closer to the public, which had been largely unknown until that point. The Museum opened to the public in 1972, and has a surface area of 45,200 sq. feet. It is formed by a wide central area, mainly covered by the overpass panel, and lined with two landscaped strips. To compensate for the uneven land, the Museum is structured over three levels, smoothly descending from Serrano Street to the Paseo de la Castellana.

The artists represented in the museum belong to two different generations of the Spanish avant-garde. The first group is the "historic avant-garde", comprised by those who opened new avenues, different from the established paths of art, during the 20’s and 30’s, such as Joan MirÃ³, Alberto SÃ¡nchez and Julio GonzÃ¡lez. The second group is made up of the generation of the 50’s, heirs to the avant-garde spirit that predated the Civil War. One of the most celebrated artworks on display is Eduardo Chillida’s The Stranded Mermaid.

Engineers JosÃ© Antonio FernÃ¡ndez OrdÃ³Ã±ez and Julio MartÃ­nez CalzÃ³n, creators of the bridge, and artist Eusebio Sempere, designed the space in order to expose madrilenians to state-of-the-art artistic trends. This Museum also has the unique characteristic of creating an urban setting, where functional elements like bridges, access roads, crosswalks, etc., constitute a whole in which the exhibited sculptures are perfectly integrated. 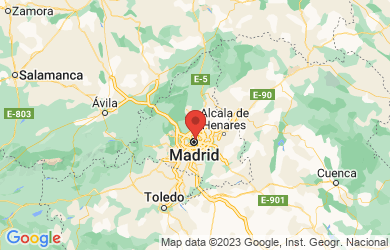 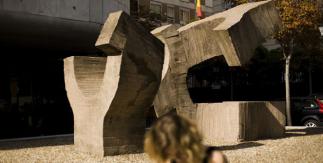