Museum of the Americas

The museum was built in April 1941; it was born from an idea that had been in development for a long time with different names: Overseas Museum-Library, Archaeological Museum of Indies, etc. In 1943, the plan for the existing museum was commissioned to the architects Luis Moya and Luis MartÃ­nez Feduchi, starting that same year and ending in 1954.

The items in the Museum of America are the antique collections of American Archaeology and Ethnography of the National Archaeological Museum, which had previously belonged to the Museum of Natural Sciences, as well as acquisitions from donations, storage, and new works. Its themes cover an extensive period from American Prehistory to the present, with special emphasis in pre-Columbian Archaeology, Ethnography, and Colonial Art.

The collection includes more than 25,000 objects. The Museum houses pre-Columbian, ethnographic, and colonial pieces. The most antique collections belong to the Royal Cabinet of Natural History, founded in the mid-18th Century. In 1868, these collections moved to the recently-founded National Archaeological Museum. From that moment on, acquisitions and donations have contributed to the increase of these American collections. In the second half of the 20th century, the number of colonial art collections notably increased, and at the same time they acquired several pre-Columbian and other ethnographic materials.

The collections allow you not only to admire unique pieces, but also to appreciate the ability of the American man to develop different key strategies manifested in different symbolic universes, born of the powerful mix of races and cultures that made the Americas that we know today. 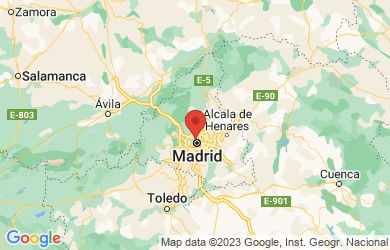 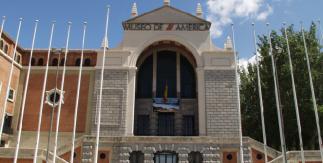 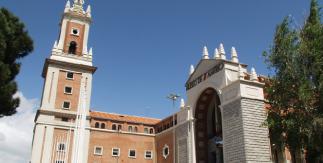 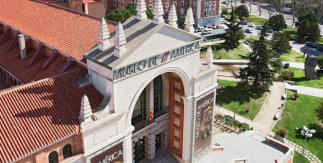 There are access ramps to the building and a lift for the different floors of the permanent exhibition, as well as wheelchairs, available on request.

People with hearing loss can be provided with auditory technological resources, available thanks to the Orange Foundation and the collaboration of FEAM.

There are Easy Reading maps and leaflets available for everyone, and particularly aimed at people who have temporary or permanent reading difficulties.