The Artistic, Scientific and Literary Athenaeum of Madrid - in Calle del Prado - is housed in a building constructed in 1884 to become the definitive home of this society, which had been promoted by a group of intellectuals and politicians with liberal leanings in 1820. The architects Enrique Fort and Luis Landecho were reponsible for its construction..

The narrow faÃ§ade, which bears three medallions with the reliefs of Alfonso X the Wise, Cervantes and VelÃ¡zquez, does not reflect the spaciousness of the interior of the building. Its extensive facilities include the reading rooms, the lecture hall and the splendid neo-Grecian auditorium, designed by Arturo MÃ©lida.

The Athenaeum is an institution with a rich history and played an important part in the cultural life of Spain during the 19th and early 20th centuries, as a forum for discussion and a platform for the free expression of ideas. The hall known as the "cacharrerÃ­a" (junk room) hosted ongoing heated discussions by writers and artists which lasted from three o'clock in the afternoon until well into the night.

Its illustrious members have included Mesonero Romanos, Castelar, CÃ¡novas del Castillo, Unamuno, Valle-InclÃ¡n and Manuel AzaÃ±a. The collection of portraits of some of these personalities, with works by Rosales and Madrazo, is of considerable interest but even more important is the priceless collection of books in its ever-growing library, which contains over 200,000 volumes and, as a unique feature, remains open to the public until after midnight. 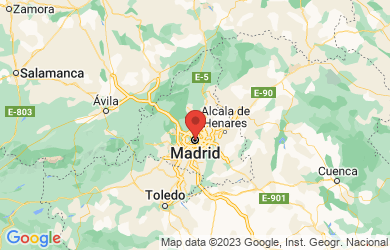 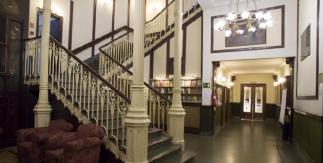 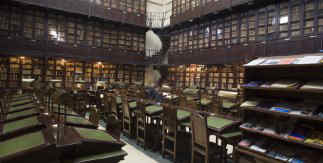 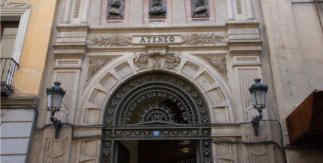