Matthew Scott, native of New Orleans, who learned his trade in the Bayona, one of the most popular restaurants in this US city, came to Madrid in 1996. After passing through Pedro Larumbe and El Amparo, he produced his own dishes in the kitchens of Undata and Cornucopia, to finally return to his roots with his own restaurant, Gumbo (the name of the most popular soup in Louisiana), where he offers the fusion of his hometown to the Spanish public.

Cajun cuisine (a mix of French, Caribbean, North-American and African influences) in a small, relaxed restaurant, with unmissable offerings such as fried green tomatoes and gumbo soup (seafood soup with a base of toasted flour, celery, onion and pepper), French Quarter jumbo shrimp and peanut butter, pecan nut and a lemon tarts. 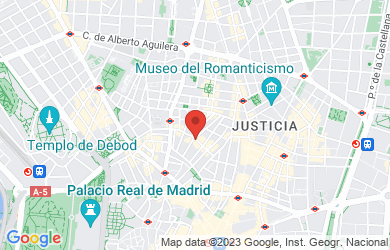