Taberna del Alabardero, in Hapsburg Madrid, is named after the special infantry of soldiers that protect the honour of the Spanish monarchy.

The tables of the tavern, which opened in 1974, have borne witness to long literary conversations. Specifically, table 11 was present at long talks between Generation 27 writer José Bergamín and legendary personalities like Cortázar, Aleixandre, Alberti, Ernesto Jiménez Caballero, Gabriel Celaya and others who spoke about Juan Ramón Jiménez as an old pal. Politicians, like the then “Isidoro”, today Felipe González, Adolfo Suárez and Fraga in audiences with the King on his visits to the tavern, created part of the history of the Spanish transition to democracy.

Roberto Hierro is head of kitchen and has designed a menu that specialises in Basque dishes, to which he brings a touch of innovation and which change throughout the year, depending on the products available at the market. The establishment also has a bar and large terrace, where you can enjoy tapas and dishes to share, like potatoes a lo pobre, Navarran sausages and Iberian cold meats, as well as canapés and mouthwatering salads. When winter comes, the terrace stays open, thanks to outdoor heaters and the individual blankets available for customers to use. 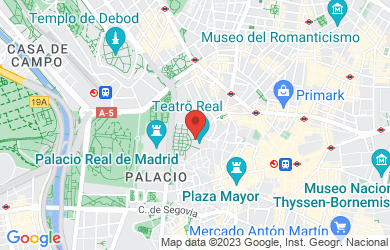 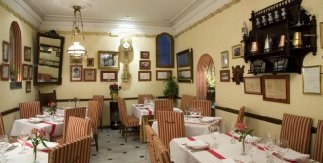 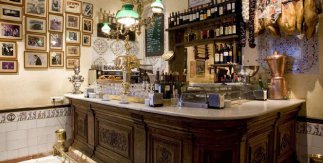 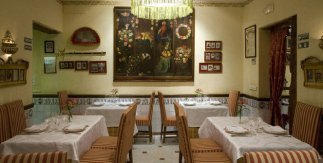 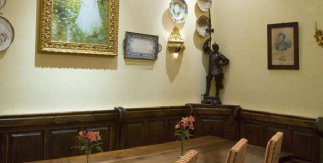