Lhardy is the first luxury restaurant in Madrid. Inaugurated in 1839 by Eugenio Huguemei, it represents the splendour of Spanish and international haute cuisine, endorsed by its more than 175 years of leading role in the life of the city. It is part of the AsociaciÃ³n de Restaurantes y Tabernas Centenarios de Madrid.

It has a main dining room, the SalÃ³n Isabelino, and 5 private ones: SalÃ³n JaponÃ©s, Blanco, Sarasate, Gayarre and Tamberlick. Decorated with a nineteenth-century elegance that remains unchanged over time, they have witnessed important meetings of politicians and intellectuals who have decided to overthrow kings, republics, regencies and dictatorships.

With the Grupo PescaderÃ­as CoruÃ±esas as the current owners (following its purchase in May 2021 by the Garcia Azpiriz family), Lhardy’s menu has introduced some changes, whilst trying to maintain the essence of the restaurant.   It maintains its much appreciated Madrid stew prepared with the finest ingredients and following an improved recipe; recovers some Lhardy dishes, such as Caneton Duck from Landas roasted in orange (a century-old recipe); the Lhardy ConsommÃ©, to which a free-range egg and fresh truffle has been added; the Fillet Wellington with English-style potatoes; the marinated Foie del AmpurdÃ¡n or Marinated Partridge with dumplings; and its famous SoufflÃ©, without forgetting the  Lhardy Tripe or the Stew Croquette.

The new dishes on the menu include Galician Lobster Salad, Clams from Carril sautÃ©ed with Palo Cortado sherry, the Smoked Salmon  from PescaderÃ­as CoruÃ±esas with Lhardy egg threads or  Evaristo Sole in Champagne (with capers).

Lhardy also has a shop where you can buy a wide selection of delicatessen products, as well as choose from a large variety of wines, company gifts and Christmas baskets. It also has a home delivery service.

It is worth mentioning that the restaurant's customers have one and a half hours of free parking in the Seville Metro car park. 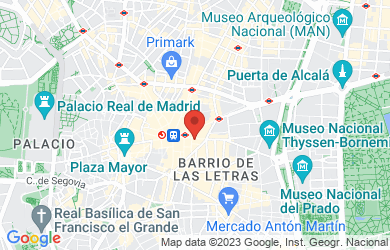 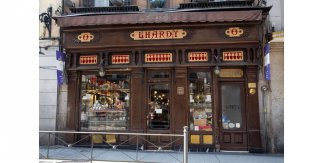