Casa Paco was founded in 1870 as a traditional tavern where wine, cards and domino were the order of the day. It was renovated in the 1930's by Francisco Morales, Paco, who created a meeting point for cattle dealers, jewellers, coalmen, plumbers, bullfighters, writers, and antique dealers from the Rastro market. The latter established this place as the starting point for the traditional Carnival 'burial of the sardine' parade to San Antonio de la Florida chapel. Casa Paco has hosted a string of celebrities such as Ava Gardner, Ernest Hemingway, Samuel Bronston, Palomo Linares, Conchita Montes, Paco Rabal and Fernando FernÃ¡n GÃ³mez.

It closed during the Spanish Civil War but re-opened after the conflict, serving cocido (Madrid style stew) in individual bowls for 25 cents (back in the days of the old currency, the peseta). The tradition lives on, and Tuesdays are still cocido days at Casa Paco. The tavern is also well known for its delicious French style stone-grilled meat.

Among its famous dishes, in addition to the stew, are the callos with a recipe from Madrid, the "Casa Paco" potatoes (broken eggs, chips and ham), and the meat of beef fat, veal from Avila and beef tenderloin.

Thanks to her good work during all this time, she has been awarded the medal of artistic merit. 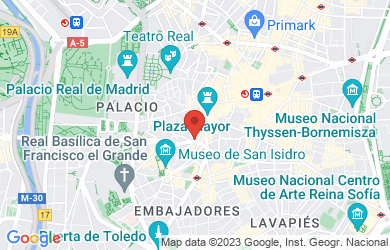 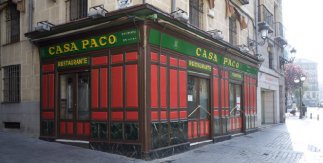 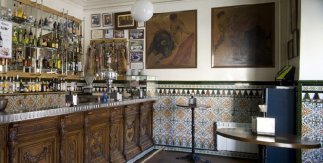