It is the oldest cafeteria in Madrid, which has attracted a clientele made up of intellectuals, politicians, comedians and civil servants since 1887, who spent their time immersed in coffee, liquor and debates on aspects of Madrid life. This centennial establishment serves breakfasts, lunches, afternoon teas, dinners and drinks each day, as well as a varied brunch at weekends. It is all spiced up with an interesting cultural offer.

Its mirrors have contemplated over a century of political and intellectual life, and the Machado brothers, Jardiel Poncela, Ignacio Aldecoa, Ãlvaro de la Iglesia, Antonio Mingote, Rafael Azcona, Berlanga, Celia GÃ¡mez, Fernando Rey, SorozÃ¡bal, Mazantini have participated in its debates, along with many other famous celebrities who have gathered over the years to chat around its tables.

The establishment, which has been restored respecting its bohemian spirit, offers diverse cultural activities, such as film sessions, musical performances or literary presentations.

The culinary proposal is offered by Pepe Roch, in which he returns to traditional flavours but with a contemporary touch, based on products from Madrid. There are two different menus: in the restaurant and at the bar, where the most traditional dishes are served, such as Madrid-style tripe, calamari sandwich or potato omelette, along with portions, rice, meat and fish. It also serves a wide selection of cocktails and long drinks, wines, a full brunch a variety of breakfasts and afternoon teas, in which   there is no lack of chocolate and churros. 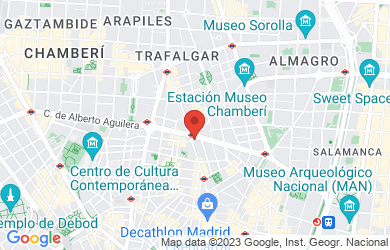 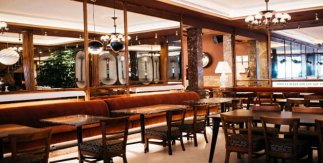 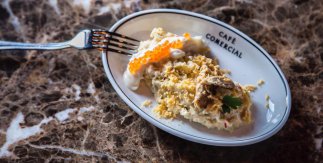