This restaurant-flamenco venue opened its doors in 1970, in an 18th century mansion. With its decor inspired on what had been the most important singing cafeteria in Spain, the Malaga CafÃ© de Chinitas, together with one of its most illustrious clients, Federico GarcÃ­a Lorca, the flamenco house soon became one of the leading flamenco venues in Spain.

Some of the most famous artists from the flamenco world have passed through CafÃ© de Chinitas, such as Chunga, Rosario and Antonio, MarÃ­a AlbaicÃ­n, Carmen Mora, Pastora Imperio, Morucha, Enrique Morente, MarÃ­a Vargas or JosÃ© MercÃ©.

The flamenco house has been awarded the National Hotel and Catering Award and has the Approved seal by Quality Service Certification Criteria of China Outbound Tourism, granted by the Chinese government, which accredits this establishment as ideal to welcome Chinese tourists.

As part of its culinary offer, it serves several menus to savour whilst watching the show, including a vegetarian menu, offering several of the leading dishes from Spanish cuisine. 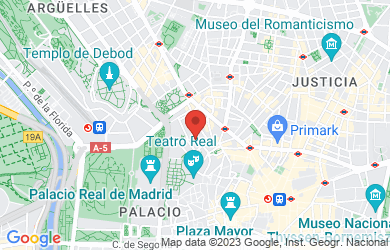