The Hotel Ritz in Madrid has been closed from 28th February 2018 to carry out an extensive refurbishment, which is expected to be completed by the end of 2020.

Well-known for being a favourite of European royalty, Hotel Ritz was officially opened on 2 October 1910 by King Alfonso XII to satisfy the need to provide accommodation for the nobility and celebrities of the day. A hundred years later, it continues to welcome famous names from the worlds of politics, culture and the arts in an exceptional location in Madrid’s “Art Triangle”.

The many Royal Households who have used this hotel include the Monaco royal family, as well as the Maharaja of Kapurthala and his wife, the Prince and Princess of Wales, and the Duke of Windsor and his wife. Stars of the silver screen such as Henry Fonda, Cary Grant, Orson Welles, Rita Hayworth, Sofia Loren, Elisabeth Taylor, Richard Gere, Warren Beatty, Mel Gibson, Jodie Foster and Julia Roberts have also stayed at this distinguished hotel.

The twenty years during which actress Ava Gardner chose this hotel when she stayed in Spain, and when Frank Sinatra dropped by, have now been consigned to history. Linda Fiorentino, the femme fatale of American film, who has stayed at the Ritz several times, says that every time she comes to the hotel, her excitement at being able to see the Prado Museum with the statue of Apollo at the entrance keeps her awake at night.

The hotel's restaurants and bars are a favourite meeting place for Spanish high society and the function rooms host major social events that attract widespread media coverage.  Its garden terrace is particularly popular during the summer months and is the perfect setting for an exclusive Sunday brunch. 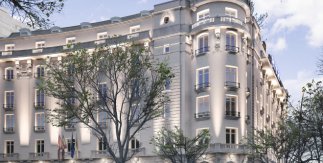 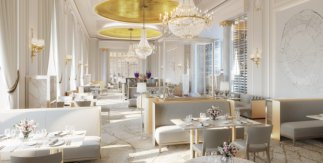 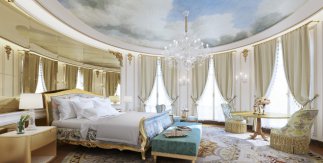 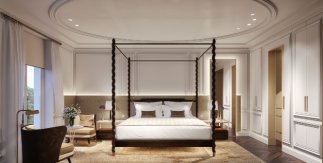 Rooms adapted for the disabled